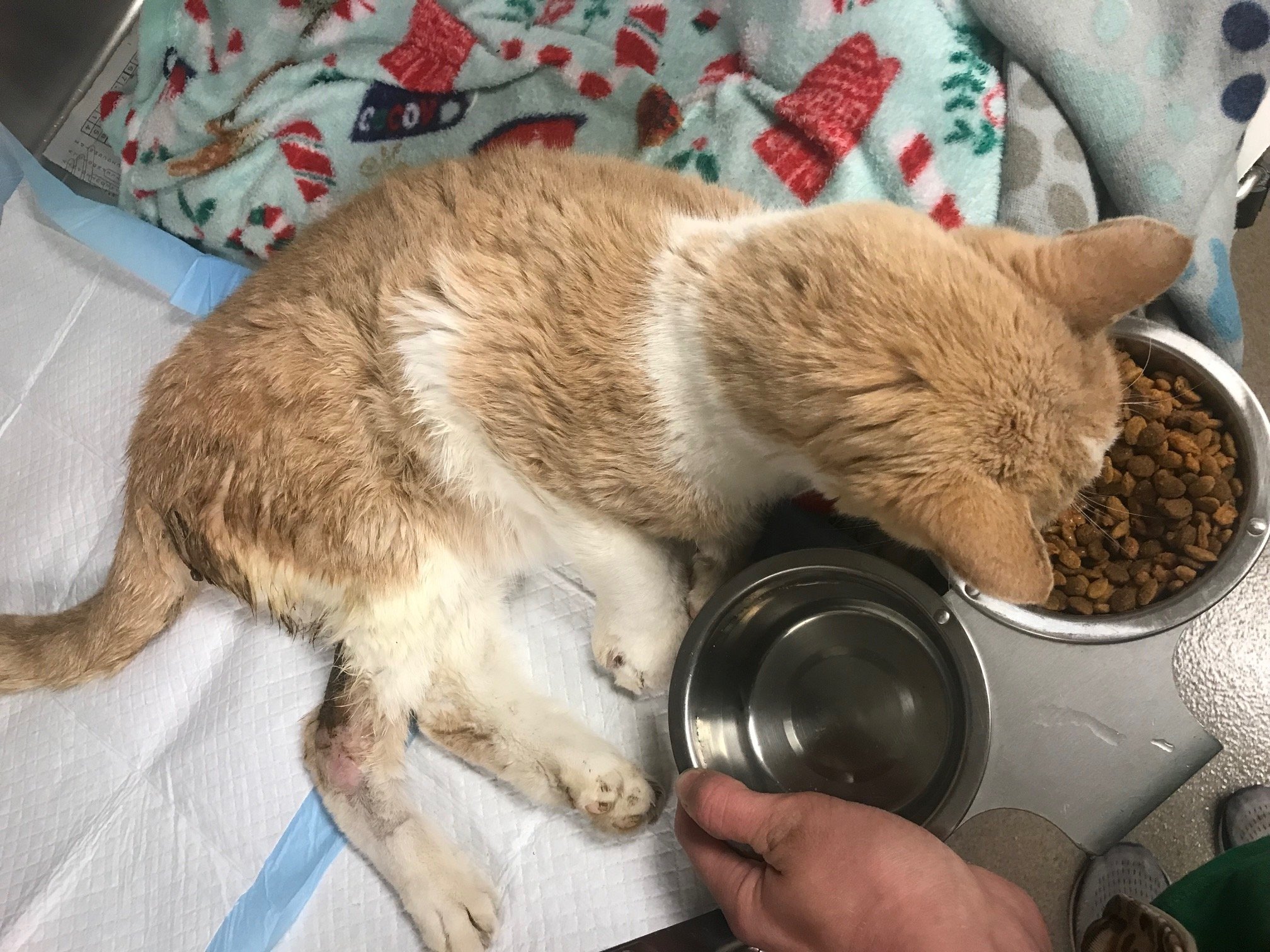 Bernard has had a Long Journey to Safety and Recovery

On January 8th, 2022, a couple who had been trying to catch a cat living under their porch were finally successful after weeks of trying. When they finally caught him, they were able to see how bad his condition was. The helpful pair brought him to CHHS where they handed him over as a stray.

Upon intake at CHHS, the stray was named Bernard and placed in the vet room awaiting an exam. His exam revealed multiple serious issues. Vet staff identified puncture wounds on all four legs and behind his ears. He was severely underweight, and he had a fever of 104.5 degrees. On top of all that, it appeared he had a broken front leg. 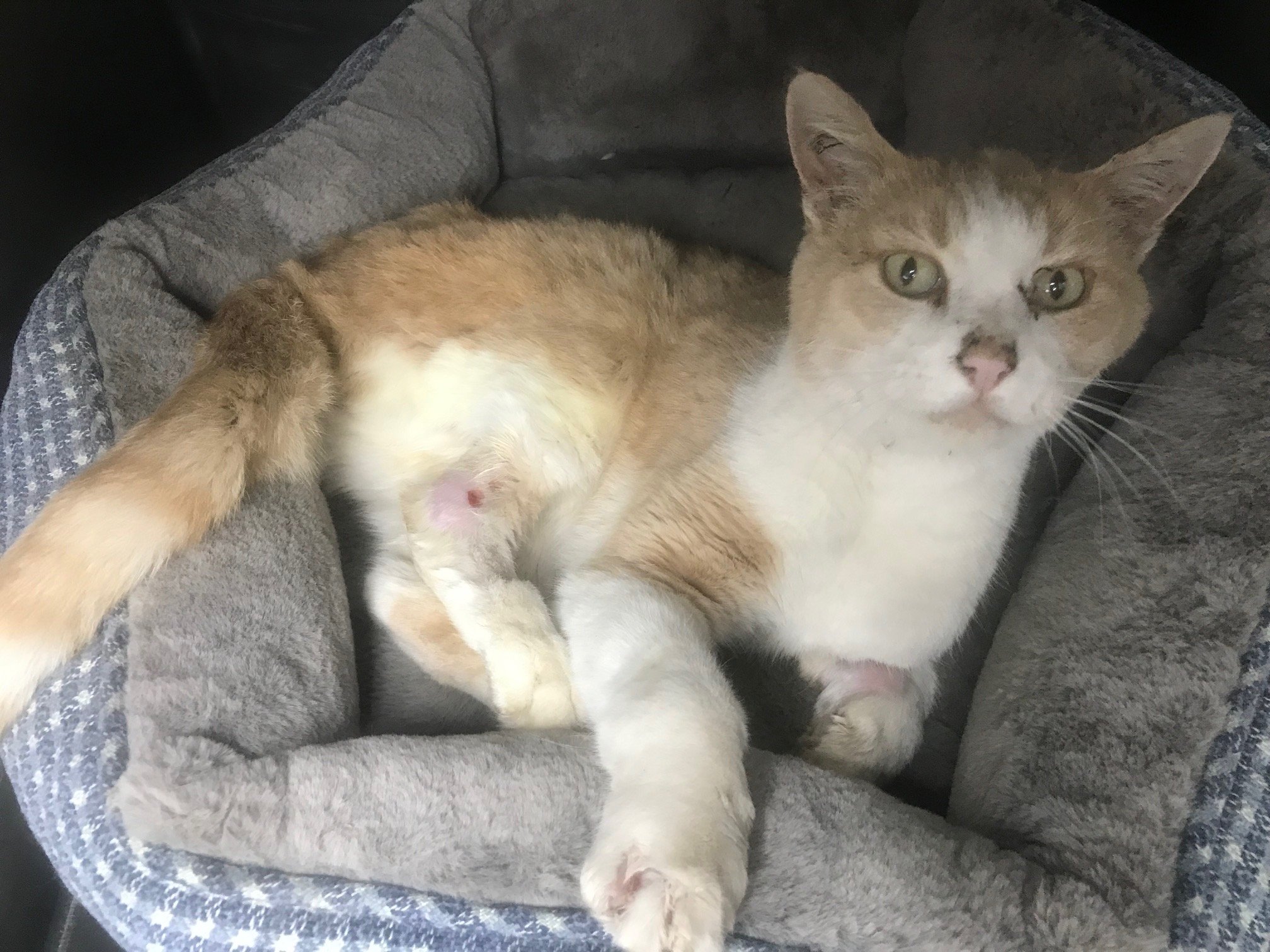 Bernard couldn’t move at all. He couldn’t even make it to his litter box to urinate. Instead, he was forced to urinate while he lay on his side, and staff would clean him and his cage. His food and water bowls had to be set directly under his head to make sure they were within reach.

Vet staff found that Bernard had an infection in his joints that was causing him severe pain. After an x-ray, it was confirmed that he had indeed suffered a fracture in a front leg. With all this pain he was forced to endure, Bernard still found the strength to keep going. As our resident Veterinarian put it, “he has a fighting spirit”.

Clearer Skies Ahead for Bernard

Bernard is currently receiving treatment for his joint infection and is working on gaining weight. Each day, he gets a little bit more mobile and has a little more spring in his step. Thanks to his finders who didn’t give up on catching him, and the care of our staff, Bernard is on a steady road to recovery.

Interested in donating to support Bernard and his journey? Visit the link below to donate!

Polly is a Pint Sized Miracle